We know Stouffer today as the prepared frozen TV dinner giant owned by Nestle, the largest food company in the world today. But the Stouffer company wasn’t always that. Originally it was a family owned establishment coming, from humble beginnings. Going back to 1914 in Northeastern Ohio, father and son James & Abraham Stouffer established a Stouffer creamery/dairy stand. Around the early 1920s James Stouffer’s son Abraham and his wife, Lena Mahala, moved on to the Cleveland arcade which was basically an indoor shopping center/ mall. Here they served fresh buttermilk. With success in this they soon opened a Stouffer’s coffee shop, which also did really well  especially with Abraham’s wife Lena’s highly acclaimed Dutch apple pie becoming really popular amongst their consumers. But Stouffer’s didn’t really become an actual restaurant until  around 1924-25 where Abraham and Lena established a restaurant called Stouffer Lunch, they served mainly sandwiches, which being back in the 1920s was only priced at one quarter or less. With this establishment performing really well during this time, some years later Abraham and Lena’s sons Vernon and Gordon followed after their parents had a knack for the entrepreneurial business and helped the company expand to other locations with new Stouffer’s restaurants being open in New York, Pittsburgh and Detroit. And so the Stouffer Lunch menu grew, including crowd pleasing dishes like baked pork chops, steaks, and hot butterscotch sundaes to name a few.

In the 1950s the business tried something different and unveiled a new chain of restaurants called “Top Of” which featured pleasant high end restaurants located at the “top of” skyscrapers in Chicago, Detroit, New York, Boston, and more. These restaurants were owned by Stouffer’s and the dishes they offered on the menu were like the atmosphere and decor of the restaurants they made, straightforward and satisfying. Offering dishes like their tossed vegetable salad bowl under their “weight watchers luncheon” section of their menu, dishes under this section were marketed more toward the female population of Stouffer lunch. Then they have a hot tenderloin of beef sandwich with natural gravy. This is one of the meals offered under the “Suggestion for men” section for the menu geared towards Stouffer’s male consumers at the time, this section also boasts a selection of steak and pork chops as well. You can really see the elements of sexism and inequality of the times (1950s) reflected on this menu. There is even a part that says “Taste Tips for The Men: When your appetite demands a hearty lunch try our suggestion for the men listed daily.” 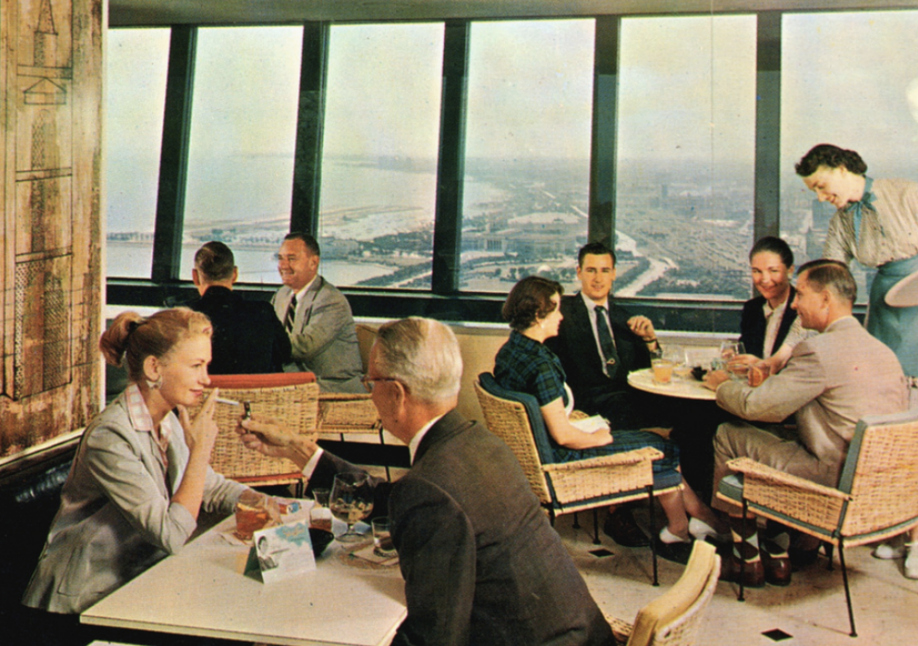 This was a meal that would alternate from day to day like a special but their most well received was the hot tenderloin of beef and gravy sandwich. This dish calls for 2 small garlic cloves, grated 2 ½ teaspoons kosher salt, 2 teaspoons black pepper, 2 teaspoons rosemary leaves, 2 ½ pounds boneless tenderloin beef roast (leave the fat on top), and extra-virgin olive oil, as needed. You first start In a small bowl, stir together the garlic, salt, pepper and rosemary. Spread the paste all over the meat. Cover loosely with plastic wrap and refrigerate at least 3 hours or overnight. When you are ready to prepare the meat, remove it from the fridge and let it stand at room temperature for 30 to 60 minutes. Heat oven to 325 degrees. Place a wire rack in a rimmed baking sheet. Coat the roast lightly with olive oil. Transfer to the wire rack and roast for 75 to 95 minutes, until an instant thermometer inserted into the center of the roast registers 125 to 130 degrees for medium-rare. Transfer the meat to a cutting board and let cool completely before carving (trim off the fat cap if you plan to serve it cold). The meat can be roasted three days ahead then let it cool completely before putting it in the refrigerator.

In the 1970s the Stouffer’s company was bought by Nestle and then turned into a frozen food corporation. But the Stouffer restaurant business had a prosperous run and attracted many loyal customers over the years. Their legacy is solidified in history as a game changing force in the American restaurant industry. 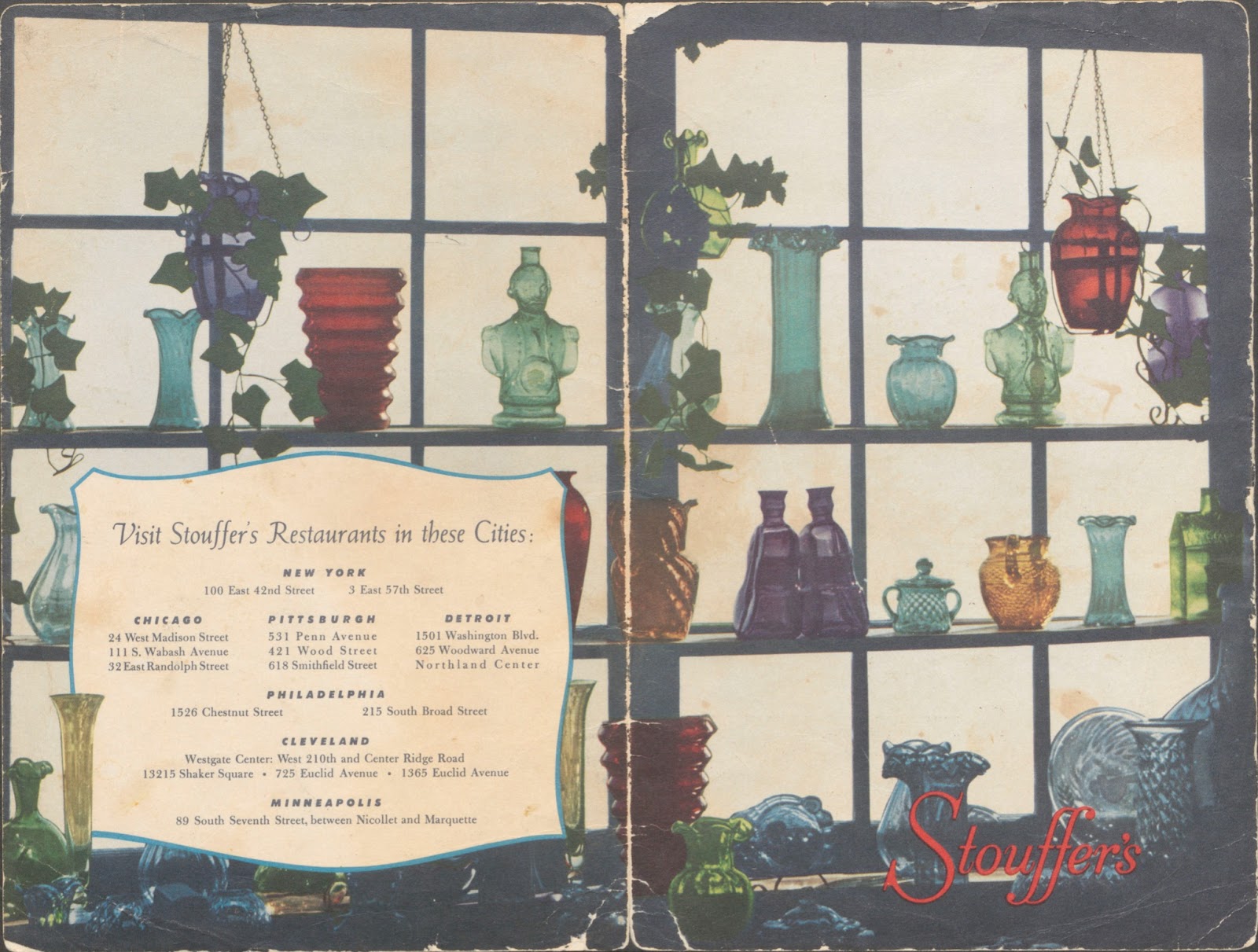