The Informal Beefsteak Dinner by the Chicago Piano and Organ Association 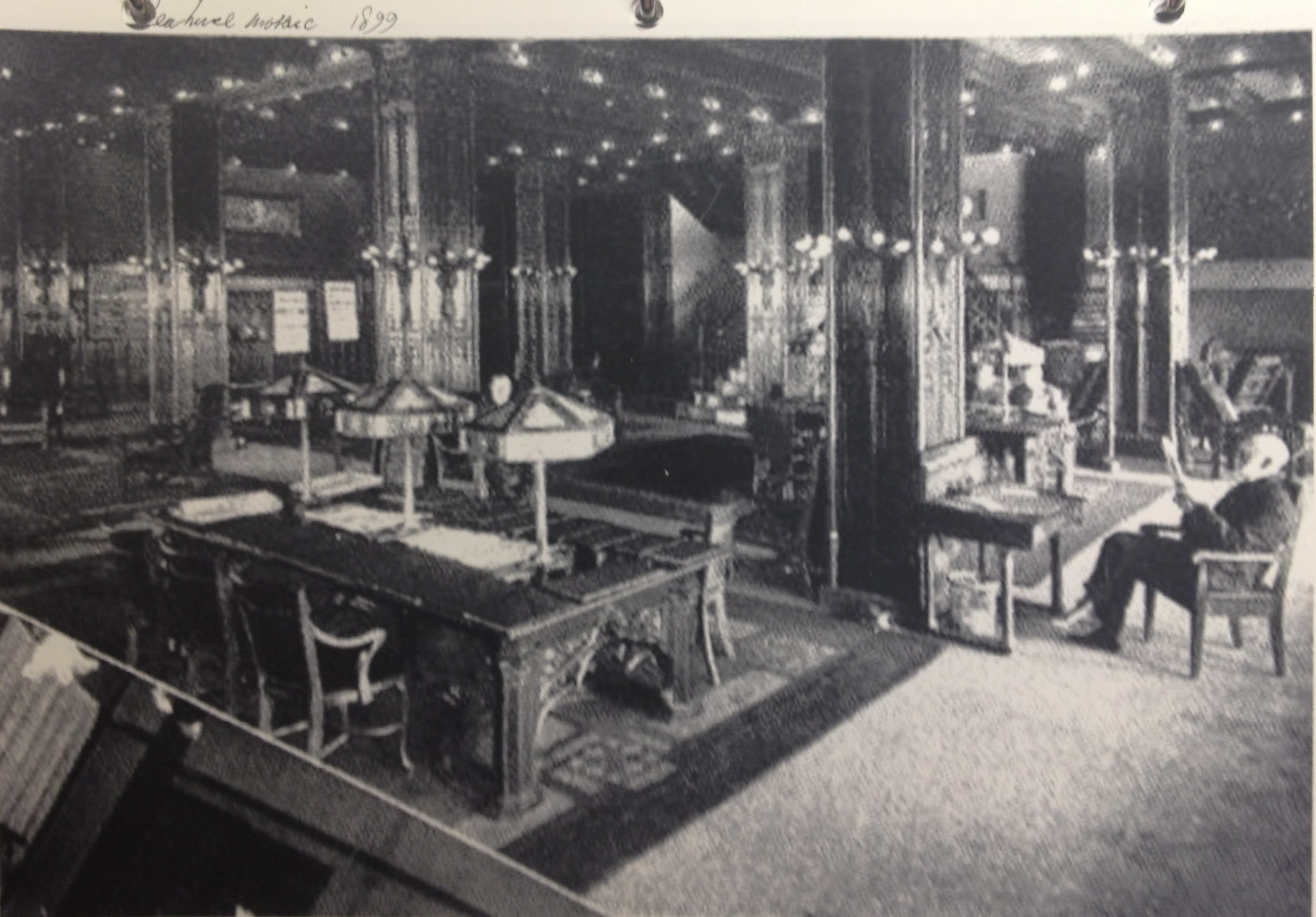 In contrast to the CPO there is a lot to find about the CAA. A group of prominent businessmen came together and formed the Chicago Athletic Association in 1890. This was a time of athletic clubs, and the CAA was one of them. Membership was not acquired easily; one had to be part of the Chicago elite and had to be voted in by the members.

In 1893 the building process of the Chicago Athletic Association building was complete. It is a prominent building located on Michigan Avenue built in a Venetian Gothic style. Henry Ives Cobb was the architect and he lead the project. The Chicago Athletic Association closed in 2007, and the future of the building was uncertain for a few years. However, it still exists to this day and it has been in use as a hotel since 2010.

The menu, next to the dishes, also includes a list of entertainers and a list of important people that were attending the dinner. Most of the dishes are very typical for the American midwest; potatoes and meats. Most of the dishes sounded familiar and it was easy to picture how they would have looked like. However, two of the items listed on the menu looked rather strange to me.

One of the dishes listed that caught my eye were the pickled walnuts. As I never heard of it before, I could not imagine what they would look like – let alone what they would taste like. After some investigating I found out that pickled walnuts are indeed pickled, and that the process of pickling turns them in a very dark brown to black color. My first reaction was a little bit shocked; why would anybody ever eat something that looked like it had been rotting for a good amount of time? 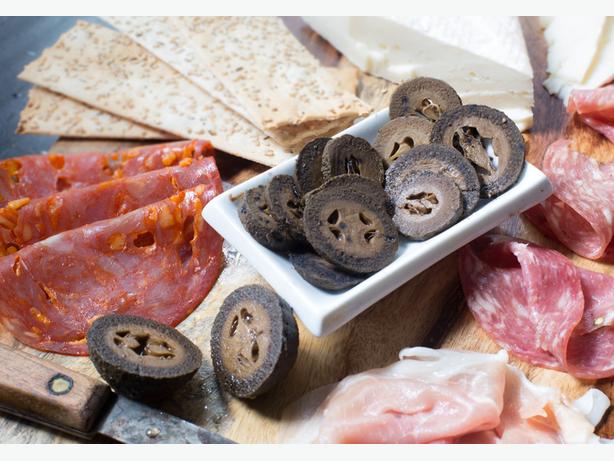 Then I found out that pickled walnuts are an English delicacy, and supposedly still commonly eaten to this day. The pickling of the walnuts was out of necessity; the English summers were both not long and hot enough for the walnuts to fully grow. The only way to make use of them and to consume them was to pickle the walnuts. The walnuts are picked while still green and unripe, in late June. The unripe nuts are covered in brine for a week. Then the brine should be changed and the walnuts should be left for another week. After these two weeks the walnuts have to dry and this is when they get their dark colour. When are walnuts are dried, they have to be placed in a jar and be covered with (spiced) vinegar. This way they can last years. Apparently they do not really taste like walnuts, but very vinegary. The structure is a bit mushy, and the inside is a little grainy. The graph below shows when pickled walnuts were listed on menus back in the day. From around 1880 until about 1921 they were very popular, with the exception of a few years. During the 1930s, 1940s and the early 1960s and 1970s they appeared again.

Second, the Omelette Souffle with Ice Cream. An omelette souffle is a fluffy version of a normal omelette, where the  egg whites are beaten separately until they have a foamy structure. Then the egg yolks are stirred in, and the mixture is baked in a skillet in an oven or under a grill. Cheese is often used as well for more flavor. An omelette souffle is a normal and regularly eaten dish, but on the Informal Beefsteak dinner menu it is paired with ice cream. In my mind omelettes, cooked in any way, are supposed to be hearty. However, ice cream is sweet which means that the dish listed on the menu must have been sweet instead of hearty. The dish is listed on the bottom part of the menu, which means it was a dessert. Dessert existed of this omelette souffle and a variety of French cheeses; sweet and salty, which pair well together.

I started looking up recipes of sweet omelettes and sweet omelette souffles, and to my surprise I found a lot of different ones. Fruit is used a lot, mostly all sorts of berries. The recipes vary but I found that for an omelette the eggs are often times mixed with cream and/or sugar, and then baked in a skillet with butter. After baking the omelette is often topped with whipped cream, sugar and fruits. The way a sweet omelette souffle is cooked is quite similar, except for the way the eggs are baked. As said before, the egg whites are beaten separately to create the fluffy structure and the souffle is baked in the oven instead of on the stove top. Also, the egg mixture does not contain cream. Just like the omelette, a sweet souffle is often topped with whipped cream, fruits and sugar.

One of the recipes of a jelly omelette that I found mentioned that the sweet omelette has been a popular dish for over a century, but that it’s popularity has been going down for about 30 years. Also, it said that it was derived from Fannie Merrit Farmer’s classic jelly omelette recipe. This recipe appeared in her cookbook. The Boston Cooking School Cook Book was published in 1896. I found an online version of the cookbook, and it contains the Jelly Omelette recipe. I decided to cook it, since all ingredients are very easy to acquire and reading so much about sweet omelettes made me very curious. All I that I needed was eggs, butter, sugar, salt and jelly.

I followed the recipe. I cooked an omelette of three eggs with a little bit of salt and about a tablespoon of sugar. When it was done I spread it with strawberry jelly, I folded it and sprinkled some more sugar over it. This was the result:

I tried it together with some friends and we all came to the same conclusion; it was a little bit strange. The flavor of the strawberry jelly was very overpowering, but the aftertaste was just plain egg. I did not particularly like it, and I am pretty sure I will not make it again. However, it was interesting to cook a recipe from 1896 and to see what the result was.